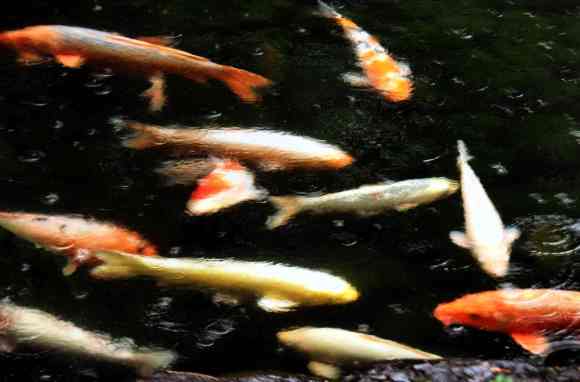 We sort of have a greenhouse on the ranch.  What I mean is that the previous owners had begun to construct a greenhouse.  They put up some steel wall supports for to form the two long sides of the greenhouse and attached those to one side of the shop to form a third side.  They also have bought most of the polycarbonate sheets to attach to the steel.  What I have to do is build a roof and a front.  So we will have a greenhouse soon, and that greenhouse will be used for aquaponics.

Aquaponics is the blending of aquaculture and hydroponics.  Individually, they both come with some pretty serious flaws.  What do you do with the thousands of gallons of poopy water produced in aquaculture?  What do you do with thousands of gallons of phosphate-ridden water created by the fertilizers used for the plants in hydroponic systems?  Both of those systems generate a lot of pollution that usually just gets shipped to the treatment facility or, all too commonly, dumped into the local creek.

Aquaponics eliminates those issues by using the fish waste as the sole fertilizer for the plants.  The plants and the gravel they are grown in filter the water for the fish.  The water does not have to be changed!  This system eliminates the pollution of local watersheds and allows you to grow plants with much less water than you would need in a garden of similar size.  Fish feed the plants, plants filter water for the fish.  If you have extra plants, you can even feed them to herbivorous fish.

Basically we’ll have a large pool for the fish, a pump to send the water to the grow beds for the plants, and some PVC or old guttering to bring the water from the grow beds back to the fish pool.  15’ x 24’ x 5’ above ground pools are only $299!  We don’t need one that large yet, but if large ones are that low in price then smaller ones should be even more affordable.  I’m going to try to use a solar powered pump with a powered backup pump just in case the first pump fails.  That will run about $200.  The rest of the system will run about $50 for miscellaneous PVC connectors and junctions, as we already have lots of PVC pipe laying around.  The gravel is free from the streams on our property, and I plan on making the grow beds out of old bathtubs that people get rid of when they remodel a bathroom.  They are just the right size, free, fit with our sustainability mindset, and even already have the drain installed.  No drilling!  That will make the total cost of the system around $550, not including the fish and seeds.  That’s a great deal on a system that can produce literally a ton of fish per year in addition to all of the produce we can grow in the beds.

The plant beds are great for growing lettuces and other leafy greens, herbs, cucumbers, tomatoes, peppers, watercress, beans, and even corn!  The fertilization from the fish makes the plants grow very quickly.  Plus the use of the greenhouse will extend our growing season by 1-2 USDA plant hardiness zones.  I’m hoping the greenhouse will remain warm enough for our lemon tree, lime tree, and olive tree to survive the winter in there.  If not, then they will have to go in the house by a nice sunny window.

On to the fish!

I’ve kept aquariums my whole life (I literally cannot remember a time when I did not have a fish tank), and I’ve had 4 or more tanks in my classroom at any one time for the past couple of years.  Out of all the enterprises on our ranch, this is the one I may not ever live down.  My dad is going to make fun of me for this….  I took Aquaculture as one of several vo-tech classes in high school (Wildlife Management and Ranch Management being the others).  Since then my dad has never let a year go by without referring at least once to my “catfish farming” education.  Now that I’m actually going to use that in an actual career, I’m just holding my breath to see what he’s going to say.  Anyway, the point is I like fish, I’m good with fish, and I’ve had training to succeed with fish.

So what fish to grow in our aquaponics system?  Here are the contenders:

Tilapia – This is the fish we grew in our high school Aquaculture class way back in 1994.  Since then it has become the fastest-growing seafood trend in the US.  There are many species and hybrids out there, but all tilapia is white, flaky fish with good flavor and a great nutritional profile.  They thrive in warm water and in tanks and pools, and are easy to breed.  They are mouth-brooding fish, so they might have better maternal instincts than some of the cattle breeds we’re looking at!  There is evidence that the Egyptians have been cultivating tilapia for thousands of years.  Their lone detrimental aspect is that they are an invasive species in some US states like Florida and Texas.  They can’t survive Kentucky winters in the wild, so that wouldn’t be a problem here, but that result of the hardiness and adaptability of the tilapia has sometimes made owning and transporting them difficult, as you have to navigate red tape for permits and licenses.  I’ll have to look into Kentucky law for this one.

Channel catfish – Channel catfish are very popular table fare throughout the south.  Fried catfish is found on the menus of almost every southern restaurant, and is the featured dish for many.  Channel cats are small, hardy, and breed readily.  They can get to market size a little faster than the tilapia, but also need more space per fish in which to do it so overall yield might be lower.  They are also more time-consuming to process than tilapia because they have skin rather than scales.  They are very efficient converters of feed to meat and grow very rapidly.  They also are native to the US, and therefore non-invasive.

Crappie –  My favorite tasting freshwater fish!  Crappie are simply delicious.  There are 2 varieties of crappie that are different in color, but similar in all other aspects of their characteristics.  They taste the same, they act the same, they live in the same places, and they are caught in the same manner.  This fish is also native to the US, but is relatively new as an aquacultured fish.  Farmers do produce them in ponds, but they breed so readily that people are still trying to work out methods to keep them growing rather than making more little stunted crappies.  I haven’t read too much about growing them in tanks despite searching, but I think they’d be an ideal candidate for a tank or pool system.  They are schooling fish and can crowd themselves out of ponds, so they don’t mind close quarters.  Their breeding rate my be slowed by tank culturing.  Additionally tanks or pools might allow me to sex the fish more readily and possibly separate them into male and female pools for growing out.

Koi – Obviously these fish are not for eating!  These are ornamental fish for ponds and water features.  I’ve had a koi pond at a previous house, and koi are so beautiful and personable.  For a fish, they are about as interactive as it gets.  They learn to recognize their keepers and swim up for treats.  They also grow very quickly.  My koi grew from 3” goldfish-looking fingerlings to footlong torpedos in 7 months.  They can grow to 3’ long and the oldest koi on record is 228 years old and still swimming.  The plan here would be to acquire some nice breeding pairs and then raise the young to a nice size to sell to collectors or to water garden centers.  They are domestic fish, so non-invasive, and are easy to breed.  They also command a very nice price compared to food fish.  However, they are more expensive to acquire and feed than fish for eating.

One of our dogs, Scooter, very much looks forward to the acquisition of our fish.  At our house with the koi pond he learned that “Scootie, let’s feed the fish!” was a real fun time.  To this day, if you say the word “fish” in his presence he goes really crazy and starts jumping all over the place.  We have to have good fish as Scootie’s pet project.