Well, fall is falling and winter is coming. 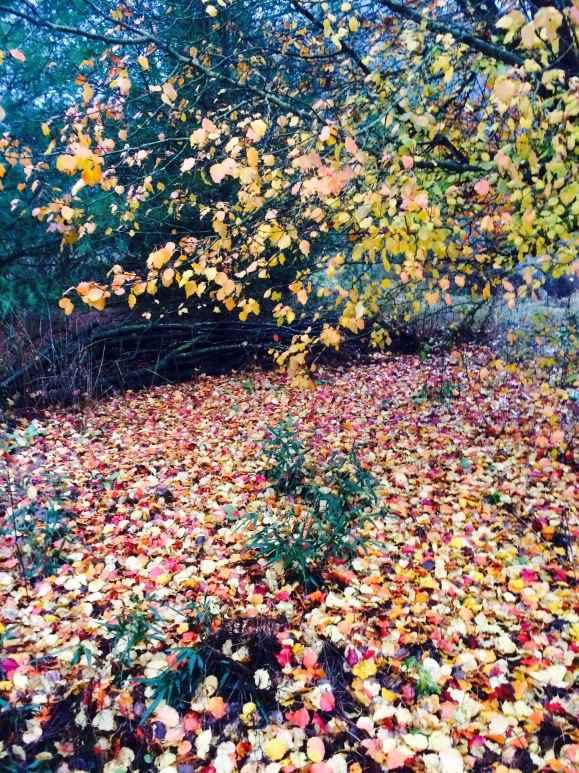 The pear trees are usually the last to change color and lose their leaves.

We have officially made it into December without feeding any hay this year.  Last year we only got to early October and most years we’ve had to start feeding hay in late October or early November.

We’ve been able to do this for 2 main reasons.  First, we’ve fenced in more pasture so that we have more grazing area available to rotate our ruminants onto.  Second, rotational grazing has really begun to positively impact the grass sward in our pastures.

The first reason is obvious.  More land available to graze equals more grass to rotate the animals onto and longer rest periods between grazing cycles.  Both factors extend the grazing season for the animals.

The second reason is more subtle.  Grasses and clovers respond much better to grazing than other plants, so their growth is favored over that of other plants during rotational grazing.

Non-rotational grazing, practiced by most producers, has a negative impact on the health of the soil and the pasture.  The animals are never or seldom moved so they keep coming back to their favored plants, eventually killing them and leaving in the pasture only the plants that they do not prefer.

In management-intensive rotational grazing like we practice, the cattle are tightly grazed and moved before damage to plants can occur.  They eat what they like, trample the rest, and then they are moved so that they area can recover.  Since grasses and clovers have evolved to be grazed, they respond faster than “weedy” plants.  The grasses and clover thicken vegetatively, sending up new growth and runners to improve the pasture sward.  This means that there is a constantly increasing volume of grass available, as long as the new growth is not grazed too soon. 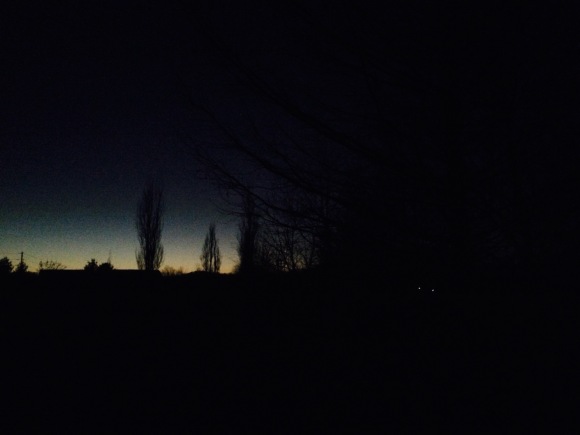 Sunset comes early in the winter.

It would be nice to be able to graze all the way through winter at some point.  Hay is the single largest expense to raising the cattle and sheep.

However, feeding hay does have some definite advantages.

First, it gets dark early in the winter.  Since we work at school as teachers, we often get home around 4 pm.  In the winter this does not leave very much daylight to move the cattle around in the winter.  It is a definite time-saver to put hay out instead of moving the cattle to new pasture.

Second, since we buy hay rather than cut it ourselves, we are basically importing fertility to our farm in the form of winter hay.  The hay is grown by our neighbors and eaten by our cattle.  Their manure from processing the hay is then deposited on our fields, increasing our fertility.  This is a great substitute for purchasing chemical fertilizer from a bag.  Yes, the hay costs money.  But it is scarcely more than it would take to make it ourselves in terms of fuel, time, equipment, and maintenance and has the added benefit of subtracting our need to purchase manure for fertilizing our fields.

Progress is being made.